Why I don’t want to make Heaven

The preaching of what is popularly known as the grace message in a way that is not balanced, has produced an unnecessary hatred for the word “morality” among believers that are victims of this unbalanced message. Such unbalanced messages are products of vague understanding of God’s word, youthful lusts, handling of God’s word with dishonesty, desire to say new things, desire to make a niche for oneself, not rightly dividing the word of truth due to laziness and carelessness. But a careful study of the scriptures reveals that there is no way you can separate the Christian faith from having good conducts. 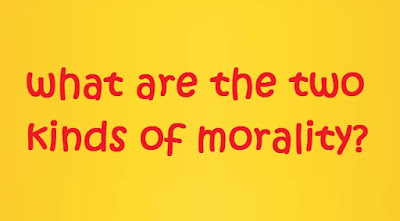 A Christian is to improve on his conduct every time; it is a scale by which our spiritual growth can be measured. Christians bear the name of Christ; hence we represent Christ everywhere we go. We know that the lord we preach and represent is holy and just but how can we communicate this truth if we that claims to represent the lord is found to stand for injustice and immorality? Really, you are the picture of the lord that people see.  Each time they want to know if the lord would consider something to be right, one thing they usually do is to ask if you who claims to represent the lord sees it to be right. So you are the standard of what is right everywhere you go because you represent a holy and just God. How many times people have said “even pastors do it” or “even Christians do it”? That is the way it is, that is the way it should be. The bible says the church is the ground and pillar of truth. There is no better place to know what is right or what the truth is than the church. We must ensure that good conduct is emphasized and well pronounced on our pulpits but then it must be put in its right place.
However, we must guide against the hybrid of morality that is produced by religion. I must tell you that morality is not just about what we do but why we do it. The object of good conduct is good representation of our lord Jesus and walking in love towards our fellow human. Hence, more than what people have to say about how we should represent the lord, is what the lord has to say about how he should represented.

Rom 13:12-14
12 The night is far spent, the day is at hand: let us therefore cast off the works of darkness, and let us put on the armour of light.
13 Let us walk honestly, as in the day; not in rioting and drunkenness, not in chambering and wantonness, not in strife and envying.
14 But put ye on the Lord Jesus Christ, and make not provision for the flesh, to fulfil the lusts thereof.

How I love that statement “…put ye on the lord Jesus Christ”. People have invented rules that should guide morals; theories that should tell us what is right. We must know that; if there are rules that should guide the way we act; those rules must be from God. Since God is the only perfect being in the universe, He is the only one that is qualified both to command everyone to act right and to give us the rules that will determine what is right and wrong. Just like the days of Jesus on earth, the religious leaders had their list of what is right; to them it doesn’t matter if a child brings the money he ought to have given to his parents for their welfare to the synagogue, to them it is right to lift up your sheep from the pit on Sabbath day but it is wrong for people to be made whole on Sabbath day. To the religious rulers, Jesus was proud, disobedient, and rude. But to God, Jesus was doing His will.
A religious person does what is generally accepted to be right even if it is not consistent with the revelation of the scripture. All he wants is for him to be referred to as a good Christian; he simply wants to please people.  True morality is not based on the acceptance of the people; it is based on the fear of the lord.
Why do we obey God? Just to honour him. Many people today keep the commandments of God because they want a blessing from Him, some because of ego-“I won’t lie because I am a pastor” attitude, some because of the disadvantages that accompanies disobedience to God, some because they want to be known as a good person, some because they want to get to heaven. The truth is we are so familiar with these things that we think there is nothing wrong with them but I think a lot is wrong with them. To honour God simply means to surrender the authority over our lives to him. It is wrong to keep the holy laws of God just because of ourselves or because we want to make people happy. Our reverence to God must be the centre of keeping His commands. It is sinful to make ourselves the object of obeying God’s command, God must always be the focus. We must allow the fear of the lord to guide us in everything we do. Before we do anything the question should not just be; will this thing I am about doing affect me negatively? A better question is; what does the lord say about what I am about to do?

Gen 39:9
There is none greater in this house than I; neither hath he kept back any thing from me but thee, because thou art his wife: how then can I do this great wickedness, and sin against God?

Notice the concern of Joseph was not; what if my boss gets to know? Or what if she is HIV positive? Or what do people think about it? His question was “how can I sin against God?” That tells you that why he didn’t commit that sin was not just because of its disadvantages nor because of his boss. He refused it because of the fear of the lord.

Deut 20:18
That they teach you not to do after all their abominations, which they have done unto their gods; so should ye sin against the Lord your God.

Moses told the Israelites not to indulge in the abominations of the gentiles, not because of the blessings they want to receive nor because they don’t want to be cursed. He said; so that they will not sin against the lord. It reveals how much they honour the lord.
A pastor was invited to preach in a church and he said something like “people don’t go to hell because they smoke cigarettes, people go to hell because they don’t believe in Jesus.” Some guys began to smoke cigarettes openly after that day and the elders of the church started complaining about what the pastor had preached the other day. They told the pastor “see what you have caused” the pastor answered beautifully and said something like” I didn’t cause it! I only gave them an opportunity to reveal their true identity”. When the pastor preached, everyone heard it, why is it that it was only those guys that began to smoke after that day? That means those guys have been smoking before privately.
What false morality and religion can produce are hypocrites and to be a hypocrite is sinful before God. Why immorality has become prevalent in our society today is because parents have not thought their children to fear the lord. The whole world is sick of immorality because we told our children not to steal but we refused to tell them who said so. To those children, we have simply presented our opinion and everyone has the right to govern his life by his self-made opinions or principles. Then morality becomes a matter of opinion. I make bold to say today that any government that doesn’t teach her subjects to honour God and to submit to the authority of Jesus Christ in their lives, such government has no right to judge anyone to have done something that is wrong. Because God is the reason for morals and the explanation of what is right and what is wrong is based on the nature of God.
True morality is focused on honouring God; it is dictated by the laws of God and not the opinions or the ideology of humans, its underlining principle is the fear of the lord, not the benefits of self nor the pleasing of others.
I hope you are blessed?