What You Need to Know About The Culture of Honour

How to Contend For The Faith

How the Red Sea Was Actually Divided

February 9, 2016
0
Honour simply means to show respect. Hence it has to do with our actions or words. It is expedient to know that honour is a prominent culture of the kingdom of God. This is because honour is a fundamental way through which the blessings of God can be received. 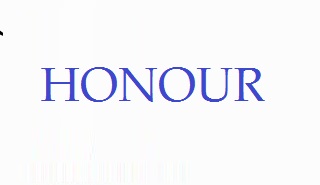 Eph 6:1-3
1 Children, obey your parents in the Lord: for this is right.
2 Honour thy father and mother; (which is the first commandment with promise;)
3 That it may be well with thee, and thou mayest live long on the earth.

Long life is a blessing from God but we can receive this blessing by honouring our parents. So honour releases life.

Ps 91:16
With long life will I satisfy him and shew him my salvation.

So honour is an important culture of the kingdom. Whatsoever we receive from God’s kingdom is simply as a result of honour for even the culture of faith is built on the culture of honour. What do you think will take people to hell today? Because of the sins they committed?  No! The bible categorically declared that, there is none righteous. All men have sinned and there is no one that can boast about their moral credentials before God for they are all like filthy rags before God. Individuals that are going to hell are going there because they refuse to honour the sacrifice of Jesus for their sins, for if you honour the sacrifice of Christ, you will believe the gospel.
This same principle holds for receiving the blessings of God from the gifts of God-individuals that God is using. We often find it difficult to receive from some men that God is using because we are familiar with them; we probably know them so well that we can’t receive from them. This is the plan of the devil and it is rubbing us of our blessings.

Matt 13:54-58
54 And when he was come into his own country, he taught them in their synagogue, insomuch that they were astonished, and said, Whence hath this man this wisdom, and these mighty works?
55 Is not this the carpenter’s son? is not his mother called Mary? and his brethren, James, and Joses, and Simon, and Judas?
56 And his sisters, are they not all with us? Whence then hath this man all these things?
57 And they were offended in him. But Jesus said unto them, A prophet is not without honour, save in his own country, and in his own house.
58 And he did not many mighty works there because of their unbelief.

Notice right in that passage there is a connection between honour and faith. Those guys were in unbelief because they refuse to honour the prophet of God. Faith is the child of honour, whatsoever you don’t honour you can’t attract for faith will not be released to receive. Do not let the knowledge you have about a man deny you of the blessings you are to receive from him for if you take a prophet as a brother you will not receive the reward of a prophet but the reward of a brother.

The mistake some of us have made is the fact that we have received several prophets of God in the name of a friend hence the reward we received is the reward of a friend. Maybe because we know about their mistakes or imperfections we then feel this can’t be the prophet of God. Well, God doesn’t consult man to choose His servants and since you can’t appoint anyone as the servant of God, you can’t remove anyone the lord has appointed to be his servant.
The truth is, God is a spirit, hence God need human through which He can manifest his will. When humans want to employ people for their jobs, they probably look for the smartest set of individuals but for God He usually prefers the weakest of all men. This defiles the logic of entrepreneurs but thank God, God is not man. God is interested in qualifying the unqualified, strengthening the weak and enabling those without abilities so that only him will deserve and receive the glory.

Really, many great men today can boast about their hard work and their achievements but not anyone that is used by God. We need to know that the choice of who is the servant of God is simply based on His will; He can decide to use the worst of all sinners.it is not our business to tell Him who he should use. It is also not our business to judge His servants for who are you to judge another man’s servant.
I noticed in the body of Christ today, we do not know how to handle the imperfections of men that God is using. I guess we expect too much from them forgetting that they are humans and not God. Irrespective of how mightily used by God a man is, that will not make him God. Hence he tends to face the same challenges every other individuals face. If every other man can fall into sin, be wrong or do some crazy things, really he too can do it. When servants of God fall into mistakes, it doesn’t make them less than men of God. That only reminds us that they are humans and that they are not infallible. I want us to know that irrespective of the imperfections of these men, they still remain channels through which God has decided to bless His church. One thing we usually forget is the fact that if we were to be in their shoes, we would have done worse than they might have done. It is wrong to tag a man of God with his past or to judge him base on his experiences or mistakes, for God has not committed his judgement into our hands.

Rom 14:4
Who art thou that judgest another man’s servant? to his own master he standeth or falleth. Yea, he shall be holden up: for God is able to make him stand.

Go is able to make his servants stand, so do not condemn any man God is using. We have talked several men of God out of ministry just because he made one mistake or the other as if we ourselves don’t make mistakes. May the lord have mercy! Often when we send these men out of ministry, we do not have replacement for them of which it is the sheep that will bear the loss.
I implore us to walk in love towards all men of God; including the ones that have made one mistake or the other. Do not discriminate, no matter how small God is using a man, honour him for in so doing you are honouring God that has sent him. Do not announce or spread the mistakes of men of God around for in so doing you have made yourself available to be used by the devil. Take this important lesson from David.

We do not know that when we publish the mistakes of men of God, we are bringing our faith to disrepute, not only our faith but also our God.
Another means through which we must learn to honour the servants of God is with material things. God has ordained that preachers of the gospel should feed from the gospel.

1 Cor 9:7-14
7 Who goeth a warfare any time at his own charges? who planteth a vineyard, and eateth not of the fruit thereof? or who feedeth a flock, and eateth not of the milk of the flock?
8 Say I these things as a man? or saith not the law the same also?
9 For it is written in the law of Moses, Thou shalt not muzzle the mouth of the ox that treadeth out the corn. Doth God take care for oxen?
10 Or saith he it altogether for our sakes? For our sakes, no doubt, this is written: that he that ploweth should plow in hope; and that he that thresheth in hope should be partaker of his hope.
11 If we have sown unto you spiritual things, is it a great thing if we shall reap your carnal things?
12 If others be partakers of this power over you, are not we rather? Nevertheless we have not used this power; but suffer all things, lest we should hinder the gospel of Christ.
13 Do ye not know that they which minister about holy things live of the things of the temple? and they which wait at the altar are partakers with the altar?
14 Even so hath the Lord ordained that they which preach the gospel should live of the gospel.