Are You a Jew or a Christian?

Who is a Christian?

February 4, 2016
0
To say believers do not have laws to observe or that we are now in the era of grace and we do not need to observe any law is wrong. None of the Apostles preached that. In fact, they preached the opposite. Jesus told his disciples;

If believers claim to be the disciples of Jesus, this certainly applies to them. Meaning they have certain law or commandment to keep. Someone could have said “Christ said that before his disciples became born again”. Well, let me show you what John the apostle said much later;

1 John 2:3
and hereby we do know that we know him (Christ), If we keep his commandments.

Isn’t it interesting that John said there is no way you can claim to know Jesus without keeping his commandments? We know that for anybody to follow Jesus, such must keep his commandments. But the question is; was Jesus referring to the laws of the old testament? Was he referring to the mosaic laws? The answer is NO!Although both Judaism and Christianity have laws that guide their practices and it is important to know that but it is more important to know that these two “religions” are different. Many people practice Judaism unknowingly thinking they are practicing Christianity, although they believe in Christ, but they do not live like they do. 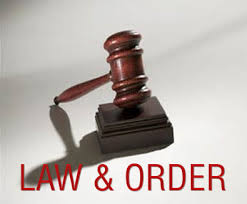 Individuals have their opinions about the classifications of the mosaic laws, which they usually classify into the moral and the ceremonial laws. Some people find the classification necessary while some don’t. Whichever way, my point is, laws that falls into this categories are referred to as the Mosaic Law.  Another practice that is also considered as an important part of the Mosaic Law is the circumcision of male children. Though the practice of circumcision started about four hundred years before the law was given, it was later adopted as an emblem of the law as used by Apostle Paul in his letter to the church at Galatia (Gal 5:1-4). The popular Ten Commandments are classified as the moral laws while laws that have to do with Jewish festivals, their temple and every other law are considered to be ceremonial laws. For every covenant there are terms that are attached to them which is based on mutual agreement between the two parties that are involved in the covenant. The old covenant is between God and the Israelite. Hence, both the benefits and the responsibilities that come from the terms of the Old Testament are strictly for the parties involved.

Right there, when Jesus said “a new” he actually meant it. That tells us that Christ wasn’t ignorant of the fact that there were laws that have been given to the people for them to observe but he said “a new commandment”. This also implies that the new one is not the summary of the old Mosaic laws, neither is it a synonym to the old laws. The words Christ used simply define it, a new commandment, and actually a different commandment indeed. I met a fellow who believes that the new law is the summary of the old, and then I asked her to consider the statements of the old laws and compare it with the statement of the new law.
The old laws say; “thou shall not….” While the new law says; “thou/you shall….”   Meaning both laws are different in structure, effect and intention. The Old Testament laws instruct those under it about what they should not do while the New Testament law instructs us about what we should do. The purpose of the first one is to curb sin while the second one is the differential test that reveals the nature of all men.
Believers have nothing to do with the Old Testament law, that covenant is gone, it is a thing of the past and it doesn’t exist again. The law believers are obliged to observe is the love law.

1 John 3:11
This is the message you heard from the beginning: We should love one another.

1 John 3:23
And this is his command: to believe in the name of his Son, Jesus Christ, and to love one another as he commanded us.

So John clearly shows us that the law of the New Testament is the law of love.
However any one that walks in love will keep all the moral laws since the reason for morality is love. Let’s look at this;

Rom 13:8-10
8 Let no debt remain outstanding, except the continuing debt to love one another, for he who loves his fellowman has fulfilled the law. 9 The commandments, “Do not commit adultery,” “Do not murder,” “Do not steal,” “Do not covet,” and whatever other commandment there may be, are summed up in this one rule: “Love your neighbor as yourself.”   10 Love does no harm to its neighbor. Therefore love is the fulfillment of the law.

Hence love fulfills all the moral laws, but the Mosaic Law can never help its observers to walk in love towards God and their fellow men instead it becomes a burden for them to carry. Look at what peter said about the Mosaic Law;

Acts 15:9-11
9 He made no distinction between us and them, for he purified their hearts by faith. 10 Now then, why do you try to test God by putting on the necks of the disciples a yoke that neither we nor our fathers have been able to bear?

How to Discover Who You Really Are?